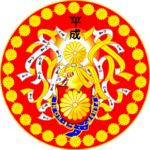 The civil service of the People's Republic of China consists of civil servants of all levels who run the day-to-day affairs in mainland China. China has had a tradition of maintaining a large and well-organized civil service. In ancient times eligibility for employment in the civil service was determined by an Imperial examination system. Today, the civil servants are found in a well-defined system of ranks. The rank of a civil servant determines what positions he/she may assume in the government or the military, how much political power he/she gets, and the level of benefits in areas such as transportation and healthcare.
According to the Temporary Regulations for National Civil Servants (国家公务员暂行条例 guó-jiā gōng-wù-yuán zàn-xíng tiáo-lì), civil servants are put into a total of fifteen levelsof which the Prime Minister himself as the head of the civil service is level 1; the Vice Premier and members of the State Council in levels 2 &3; leading roles of ministries  or of provinces (3-4); assisting roles of ministries (4-5), leading roles of departments or of prefectures (5-7); assisting roles of departments (6-8); leading roles of divisions or counties ( 7-10); their assisting roles (8-11); leading roles of sections ( 9-12); their assisting roles (9-13); Staff members (9-14) and Clerks (10-15).
The State Administration of Civil Service (SACS) was created in March 2008 by the National People's Congress (NPC). It is under the management of the Ministry of Human Resources and Social Security (MHRSS). The function of the administration covers management, recruitment, assessment, training, rewards, supervision and other aspects related to civil service affairs. The SACS also has several new functions. These include drawing up regulations on the trial periods of newly-enrolled personnel, further protecting the legal rights of civil servants and having the responsibility of the registration of civil servants under central departments.